Loren Eiseley, an American educator, anthropologist, philosopher, and natural science writer, once said that “ If there is magic on this planet, it is contained in water.” The concept of water memory is all about this magic of water.

The Importance of Water

The mesmerizing characteristics of water are still not completely discovered. It is
the critical element of our existence, both extrinsically and intrinsically. Around 70% of our bodies are based on water, and nearly 71 percent of the world’s surface is covered with it. Within our bodies, all organs work properly, mainly due to the presence of water. It is also unique in the sense that it is the only substance that exists in all three states: liquid (Water), gas (vapor), and solid (ice).

But the importance of water does not end there. There are many more hidden secrets in water’s nature.

The world of spirituality also believes in the tremendous powers of water. That’s why in many religions, spiritually treated water is being used as a cure for several diseases and to scare off evil.
So it is safe to say that tales about water’s unique properties are as long as time. The interesting thing is that according to modern science, our ancestors were on to something.

What is Water’s Memory?

To understand the concept of water memory,  let’s first see what the term “memory” means. Memory is a process of receiving information, processing it, and storing it. Later at some point, this information can be recalled.

So when we say that water has a memory, it means that water can retain a recollection of all the substances that have come in contact with water.

This idea was first introduced by a French immunologist, Jacques Benveniste, in the late 1980s. He suggested that water is an intelligent liquid, and it can remember events long after the actual happening of the event. He proved that water molecules could retain a memory of the antibodies previously in contact with water. So even when the antibodies were no longer present, the biological effect remained there in the water.

Some other scientists studied the physics of water and concluded that when water travels, it can pick and store information from all the places it flows through.

Is There a Scientific Proof That Water Has Memory?

The first scientific evidence of the existence of water memory is the persistent popularity of modern homeopathy. Water memory is part of the homeopathy field and the medicines used in it. In homeopathy, a poisonous substance gets diluted to the point where the molecule itself no longer exists, but its effect remains there, which justifies the concept of water memory. This is how highly diluted homeopathic medicines are made.

Professor Montagnier, the Nobel prize winner, also proved the existence of water memory by using DNA teleportation. He used the DNA of an HIV patient and diluted it with water ten times. The results still showed clear evidence that the water emitted electromagnetic waves just like water with DNA present in it.

Particle physicist Shui-Yin Lo in 1996 adopted a research project regarding the properties of liquid water. He was surprised to find that EHDs of HCl, NaOH, or HNO3 molecules in pure water led to the formation of “novel stable structures.”

Similarly, A Japanese scientist, Dr. Masaru Emotto wrote the book “Hidden Messages of Water” which became the New York Times bestseller. He was able to narrate how water changes as a result of our positive thoughts and words.

He figured out that water treated with positive emotions formed a beautiful and symmetrical structure when studied under a high field microscope. Whereas, ordinary tap water was much disrupted as compared to this treated water.

Another German Professor, Bernd Kroeplin, researched water and found astonishing results. He discovered that when water comes in contact with various things such as flowers, stones, music, sausages, emotions, and mobile radiation, it changes its molecular structure accordingly.

Is It True That Water Has Some Form of Consciousness?

An Austrian naturalist Viktor Schauberger (1885-1958), came up with a fascinating finding that water is a living substance with its own consciousness. His findings support the idea of water’s memory.

Schauberger conducted his research in a natural environment and took away the stones present in the spring water. When spring got exposed to the sunlight, the water started to disappear.  When rocks were put back, spring water came back just like magic. This felt as if water had the memory of these stones, and they sought out them by coming upward from deep down the earth.

Dr. Marcel Vogel, known as the father of structured water, believed that water has a consciousness that comes from organizing and storing information.  In the 1980s, while studying plant communication and crystals, he also stated that energy could be transferred to and from water.

Scientists from the Aerospace Institute of the University of Stuttgart in Germany conducted a study where some students collected water droplets from the same source. When these droplets were observed, they were surprised because the microscopic pattern of the droplets was different for each student, and it seemed as if the droplets responded to the individual and created unique molecular patterns.

Who is Dr. Wolfgang Ludwig?

A renowned German expert in Physics, Dr. Wolfgang Ludwig, proved that water could store frequency information of all the substances it has been in contact with.

“All life processes are directly or indirectly connected with water; therefore, it entitles water to have a very high priority and positioning in the environmental situation,” according to Dr. Wolfgang Ludwig.

In his research, Dr. Wolfgang Ludwig presented that even a single water molecule is not stationary and is constantly vibrating. Inside the water molecule, the atoms have electric charges and emit electromagnetic signals like antennas in a wide frequency region.

In the book “Environmental Medicine,” authors Dr. Michael Treven and Peter P. Talkenberger published several page interviews with Dr. Wolfgang Ludwig where he talked about water memory and water as an information carrier.

In his interview, Dr. Wolfgang Ludwig emphasized that not merely the chemicals, toxins, and impurities are harmful to the body, the frequency information of these substances that stay in the water is also detrimental to our bodies.  No matter how well you chemically treat lead, cadmium, and nitrate-contaminated water with chemicals such as chlorine or other purifiers, the signals that remain in the water can be disastrous to health.

Dr.Wolfgang Ludwig surprised everyone with the statement that specific electromagnetic frequencies of heavy-metal polluted water have been found in cancer tissue as well.

Dr. Ludwig also said that “ one thing is for sure, our drinking water ought to be subjected to precise spectral analysis, and one should avoid drinking water which is biologically dead or even detrimental.”

The work and views of Dr. Wolfang Dwang are considered highly valuable since technologists can draw inferences from his finding of how they can use water memory to benefit a human being.

What Are the Applications of Water Memory?

The findings of Dr. Wolfgang Ludwig and other scientists can help us understand that while we consume water with a memory, it can affect our bodies, thought processes, and overall health. If you look at our menus, no single item is made without the use of water. Ask yourself this: Do you want to use water in your daily life filled with negativity?

The study’s findings also suggest that water has a natural molecular structure in its pure state. Once the water comes in contact with other substances/environments, it changes the structure and, resultantly, picks up and loses some characteristics. So to ensure that we are using the water that is beneficial for us, we need to erase its memory.

The theory may also be used to understand that we can make water more beneficial with our positive thoughts and emotions. If the water in our bodies carries positive energy, we can impact our lives positively. Also, in case of any sickness, a mindful consumption of water can help us heal quickly. It can be a new form of treatment in the field of medicine. In fact, we may come to a point where we don’t need medicines to treat certain health issues, and merely positive water may suffice. With that said, we still need to conduct more focused research to prove the claims that circle water’s memory.

Which Water Treatment Can Be Helpful?

Just as scientists have been successful in getting natural qualities of anything from some artificial sources, the idea of water’s memory can also help us improve our overall well-being. We can enhance crops, our health, our environment, and much more.

Viktor Schauberger was one of the first who designed a water treatment device that puts water through natural vortexing motions, which allowed it to restore its natural molecular structure.

Today, his ideas are used and refined in The Vortex Water Revitalizer™ – an evolutionary water treatment solution. It puts water through vortex-like flow, which simulates its movement in the natural waterways.

The treatment promotes forming microclusters of the water molecules, which helps in better absorption and hydration along with improving the taste and feel of the water. What’s more, Revitalized Water has a higher content of dissolved oxygen, which is essential for the effective breakdown of wastewater. Resultantly, the use of The Vortex Water Revitalizer™ can benefit the environment significantly.

The works of Dr. Wolfgang Ludwig and other scientists contain a significant amount of evidence to suggest that water has a memory, and it affects living beings. This may be a new concept to many of us, but as humans, we need to take water as a gift of nature and use it to make our lives better and risk-free.

We should drink a lot of water with positive thoughts and treatments that promote the natural movements of water. By putting water through its natural flow dynamics,  water’s physical properties such as self-cleaning, antibacterial properties will be restored with a naturally balanced PH scale. 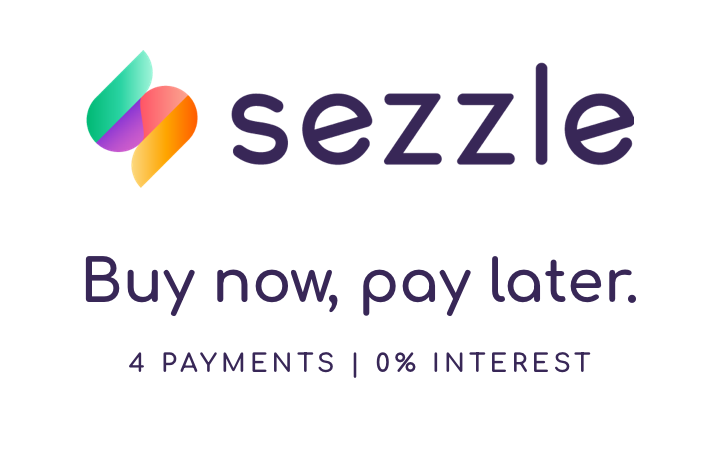 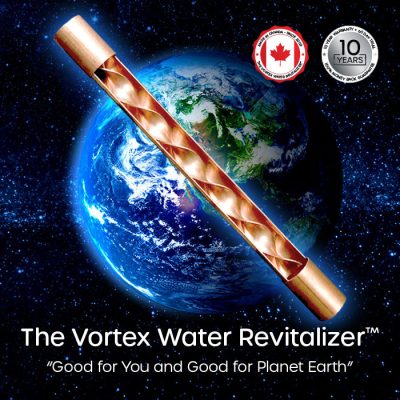